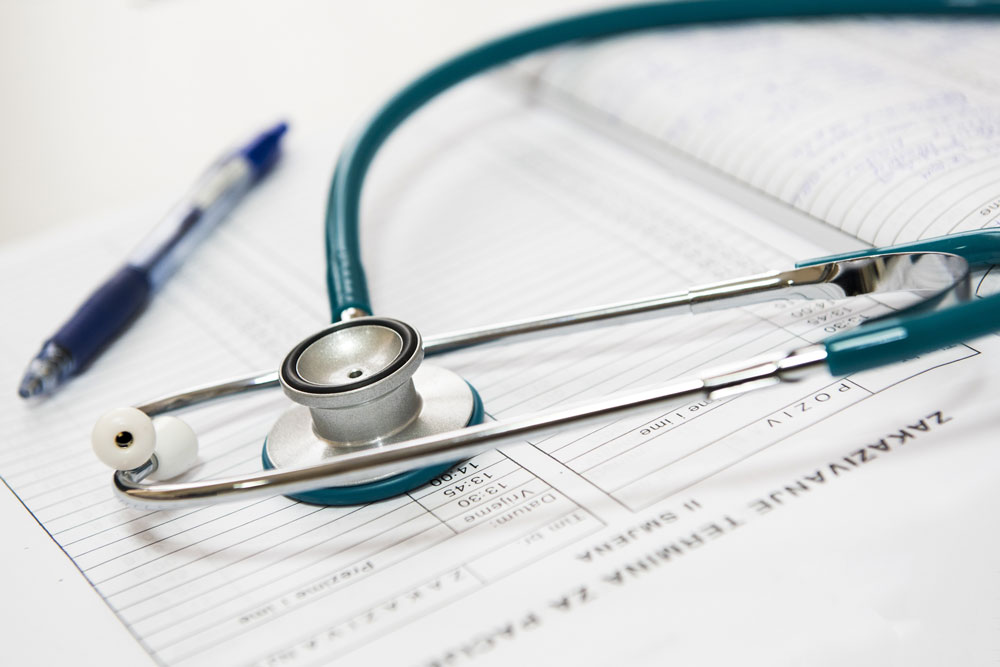 How The Health & Medical Field Benefits from CID

There is a multitude of information being disseminated in the medical field that contain information lacking clarity for its readers.

These formats can create misunderstandings, miscommunication & frustration for the readers, resulting in a myriad of experiences ranging from mild annoyances to fatal mistakes.

Why is CID needed?

To improve the clarity of information for

in order to lessen the number of mistakes, improve the quality of health care & medical research while lowering medical costs.

The following groups could benefit from creating cognitive-based materials:

Patients, employees & administrators are being inundated with information yet the majority of U.S. adults may have difficulty or cannot properly interpret or correctly understand what they are reading.

Employees & staff need to have ease of access to information that provides clarity & stable information.

Communications in the Health Medical fields
needs to improve for the following reasons:

In health care and social assistance, musculoskeletal disorders (MSDs) made up 42 percent of cases and had a rate of 55 cases per 10,000 full-time workers. This rate was 56 percent higher than the rate for all private industries…”

“…The average indemnity payment for primary errors in communication by radiologists was between $228,000 and $236,000…twice as high as when appropriate communication occurred.

As a percentage of total indemnity payments to plaintiffs, such awards were 15 times higher than when communication was effective.

Preventable Medical Mistakes Account for One-Sixth of All Annual Deaths in the U.S.

“According to the most recent research1 into the cost of medical mistakes in terms of lives lost, 210,000 Americans are killed by
preventable hospital errors each year.

When deaths related to diagnostic errors, errors of omission, and failure to follow guidelines are included, the number skyrockets to an estimated 440,000 preventable hospital deaths each year.

This is more than 4.5 times higher than 1999 estimates published by the Institute of Medicine (IOM),2 and makes medical errors the third-leading cause of death in the US, right after heart disease and cancer.  As reported by the featured article in Scientific American:

3“The new estimates were developed by John T. James, a toxicologist at NASA’s space center in Houston  who runs an advocacy organization called Patient Safety America…[A] spokesman for the American Hospital Association said the group has more confidence in the IOM’s estimate of 98,000 deaths.  ProPublica asked three prominent patient safety researchers to review James’ study, however, and all said his methods and findings were credible.”

The most common causes of errors were performance and knowledge deficits (44%) and communication errors (15.8%)…”

“Adverse events and serious errors are common in critical care. Although factors in the work environment are important predictors of adverse outcomes for patients, communication between nurses and physicians may be the most significant factor associated with excess hospital mortality in critical care settings. “

“Nurses performed 46 different tasks at a rate of 23.4 tasks per hour. The information needed to perform the most common tasks was often inaccessible, difficult to see at a distance or located on multiple monitoring devices. Current devices at the ICU bedside do not adequately support a nurse’s information-gathering activities…

The purpose of this study was to investigate about the communication problems in the team nursing systems…Baseline data was collected from 100 third-year nursing students and 163 nurses of two municipal hospitals further subdivided into three groups by their service years. The responders attributing to the errors in the simulation were compared.

As a result, the more service years the fewer nurses there were who attributed medication errors to no explanation and no confirmation between nurses. The nurses whose service years were less than five years had a low level of awareness regarding no explanation of a nurse leader requesting the medications as well as the students.]

Hospital-acquired infections affect one in 25 patients across the US,5, 6 but among Medicare patients, this statistic jumps to one in nine.7

Statistics on errors in UK hospitals by the Medical and Healthcare Products Regulatory Agency (MHRA).

MHRA did a root cause analysis of why the human errors happened. You can see their report here, I have slightly simplified their information to identify the six areas below:

Source:  To Your Health! To err is human but assessments can help by John Kleeman.  Retrieved from https://www.questionmark.com

According to an infographic based on data from multiple sources, created by Jonathan Govette1:

The latest look at the U.S. health care system compared to other rich countries shows — yet again —that the United States comes in dead last.

Americans spend far more per person on medical care, yet are less healthy than people in 10 other countries. The system is less fair than systems in other rich countries and it’s far less efficient, ranking last of 11 nations, the Commonwealth Fund report reads.

The nonprofit Commonwealth Fund has been publishing its report —based on data from the World Health Organization, the Organization for Economic Cooperation and Development and its own research — for a decade.]“Among the 11 nations studied in this report

“Most troubling, the U.S. fails to achieve better health outcomes than the other countries, and as shown in the earlier editions, the U.S. is last or near last on dimensions of access, efficiency, and equity.”

These embarrassing reports  have been an impetus for health reform in the U.S. including the 2010 Affordable Care Act…

“On indicators of efficiency, the U.S. ranks last among the 11 countries, with the U.K. and Sweden ranking first and second…”
Americans aren’t living any longer, either.

“The U.S. and U.K. had much higher death rates in 2007 from conditions amenable to medical care than some of the other countries, e.g., rates 25 percent to 50 percent higher than Australia and Sweden. Overall, France, Sweden, and Switzerland rank highest on healthy lives,” the report reads….]First published June 16th 2014, 8:58 am

Americans Are the Most Frequent Victims of Medical Errors

It can be argued that medical errors are leading cause of death in the US—higher than heart disease, higher than cancer. The latest review17 shows that about 1,000 people die EVERY DAY from hospital mistakes alone. This equates to four jumbo jets’ worth of passengers every week, but the death toll is largely ignored.

One in four hospital patients are harmed by preventable medical mistakes in this country, and 800,000 people die every year as a result.
Of those 800,000, 250,000 die as a result of medication errors.

Observation of Medication Errors Made by Diabetic Patients in the Home

58% of 115 patients taking insulin made dosage errors.
Rates of error were similar in clinic and in private patients.

Observations for accuracy in carrying out prescribed medication regimens were made at home on two groups of diabetic patients.

Fifty-eight per cent of 115 patients taking insulin made dosage errors. “Potentially serious” errors, i.e., those in which the measured dose differed from the prescribed dosage by 15 per cent or more, occurred in 35 per cent. In the first group, seven of thirty-four patients (21 per cent) using the U40-U80 “convertible” syringe measured either half or twice the prescribed dose through use of the wrong scale. Rates of error were similar in clinic and in private patients. The frequency of insulin errors increased with duration of known diabetes.

Among forty-seven patients taking oral drugs, 23 per cent made “potentially serious” errors, and 26 per cent reported missing one dose or more per month. The findings indicate the need for more extensive knowledge of what the diabetic patient does at home, for seeking the reasons for his behavior, and for finding ways to achieve sustained-improved performance.

How accurate can the findings be from medical research using human subjects when studies show that 87% of US adults score below proficient in reading literacy? 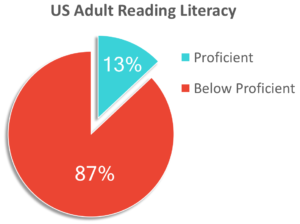 Knowing this statistic behooves designers of research to present clear & stable information to human subjects to ensure subjects accurately understand instructions in order to garner results that actually respond to your queries.

For example click here to see before and after examples of instructions for research subjects participating in fMRI studies.