Lou Tetlan’s interest in the neurocognitive aspect of learning led her to focus on presenting information based on how the brain processes information. In pursuit of this focus she developed CID®, Cognitive-based Information Design.

She is a published researcher as well as a national & international speaker.  Lou was an Honorary Fellow at the University of Wisconsin School of Medicine & Public Health, serving in the Neuroradiology Lab on fMRI studies of the brain from 2009–2015. In addition she taught at Universities on a contractual basis while giving workshops & presentations on CID.  In the fall of 2016 she initiated The CID Group, LLC in order to advance public awareness of CID & its potential to create more effective visual communication.

Lou’s experiences transverse varied fields of knowledge giving her the ability to apply multiple perspectives to topics & situations. She has spent the past 15 years researching how the brain processes information.  Her own research has focused on the science of reading & the effect format design has on engagement, understanding & recall.

Prior to earning her PhD she worked with numerous institutions nationwide in developing cultural & educational programs along with developing materials for corporations, communities & schools.  She worked over 15 years in the business field ranging from small to major fortune 500 corporations.

Her career in education, business & government has led to the development of skills in management, collaborative leadership & effective methods for redesigning two-dimensional visual communication. 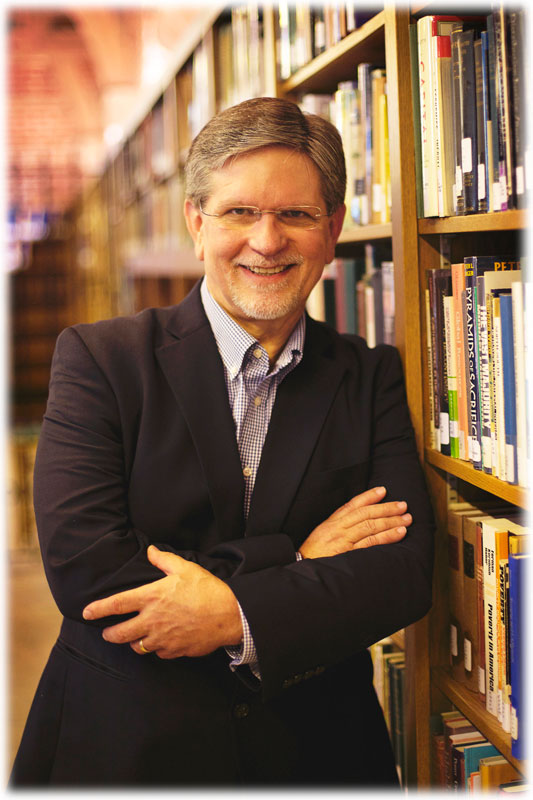 Phil Ransom grew up listening to and learning from good communicators. Writing and speaking took root and he grew to enjoy telling a story well or turning a phrase just-so. He clearly remembers the day he returned to his seat in Basic Speech, a required class for Sophomores, relieved that that was done. He turned his written speech over and saw100% at the top. “Your Farewell speech earned you the first 100% I have ever given,” Mr. Miller wrote, “and not because you’re moving Friday. It was that good.” That weekend Phil’s family did move – from central Nebraska to Northwestern Colorado.

His guidance counselor caught up with him as a high school junior and invited him into his office, assuring him he wasn’t in trouble. “Phil, you’re the first in Colorado to ace the creative writing portion of the SAT! There will be more, but you’re the first. Congratulations.” That moment stuck; a new flag at the summit of a peak he didn’t even know he was scaling. More landmark moments followed as he matured; narrations, papers, essays, stories, articles, and musicals. For the 10th anniversary of 9-11, he scripted, compiled, and produced Never Forget, a twilight patriotic concert that nearly packed the 3000-seat Five Rocks Amphitheater at the base of western Nebraska’s Scotts Bluff National Monument.

So it was no surprise, really, when in early 2016 he chose to write full time. At a writers group a few weeks later, he was taken with the excerpt Dr. Tetlan read for review. “That’s what happens when we read? Seriously!” By the end of 2016 he was Wisconsin’s first CID Certified Professional Writer. Early in 2017 he became CID Certified as a Visual Presenter.

While Dr. Tetlan winnows through sheaves of research, Phil spreads the word and teaches CID’s workshops and courses. His M.A. in Ministry from Moody Graduate School in Chicago well-equips him to draw from the arts, adult education, agriculture, pastoral ministry, manufacturing, science, quality assurance, and other fields to help you apply CID to the world you work in.

“CID turned my writing right-side-up. It gives my writing and editing an edge that my clients enjoy,” he’ll tell you. “To bring clarity to engaged readers, know they’ll get things right and probably remember … SO rewarding!”

“No problem can withstand the assault of sustained thinking.”